Professor of Clinical Neurology at USC

Assistant Professor, Head of Department of

Beginning in the 1970s, the South East Asian Review is an interdisciplinary research journal which  welcomes  articles from social-science, humanitites, traditional medicine, flora and fauna of the Southeast Asian region.

Since 1976, the goal of the journal is to disseminate knowledge of the common cultural heritage of India and Southeast Asia. 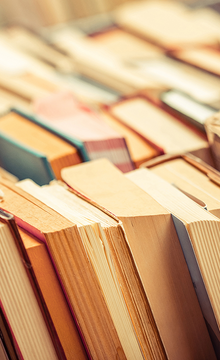 Dr. Sachchidanand Sahai is the Chair of Asian Studies at Thammasat University and the advisor to Apsara Authority Siem Riep, Cambodia. He is also a former National Professor of Epigraphy at the Institute of Archaeology for the Government of India.

Professor Sahai is an internationally acclaimed expert on southeast Asian studies who has brought to public notice many forgotten aspects of Asian cultural traditions and the impact of pluralistic Indian World view in the formation of Asian ethos. Fluent in French, English, Laotian, Thai, Khmer and with good groundings in Sanskrit, he maintains a rigorous international standard of research in the study of Asian cultural tradition.

Prof. Sahai received the Padma Shri (India’s highest civilian award) in 2012 by the President of India for his writings on Angkor and for his contributions to strengthening India's relations with Cambodia.

Subsequently he was visiting Professor of Asian Civilization, Laos (1970-72); Fulbright Fellow at Cornell University, New York, 1981 and retired as Chair, Department Ancient Indian and Asian Studies, Magadh University, Bodh Gaya in 2001. In more recent years, with a groundbreaking conference in Chile, he has also focused on preserving world heritage sites across the globe. Prof. Sahai currently works and lives in Cambodia and Thailand. His most recent award in 2018 award was the rank of Chevalier with title of “saha-maitri” by APSARA National Authority, Government of Cambodia.

The purpose of the trust is to honor the life and memory of Dr Sudha Verma and continue her passion for the Hindi Language arts and to encourage higher education among Indian Women.

Sudha Verma was born on September 17th 1941 in a small city of northern Bihar, Bhagalpur. She was advised not to go to school by a famous eye doctor, due to congenital squint, but with her indomitable spirit, studied at home and topped in all her examinations. She received a gold medal in 1962 for Masters in Hindi Literature from Bhagalpur University by the same Eye doctor who had declared her unfit to study and. At the time of her passing on January 29th 1988, she was an associate professor of Hindi at Gautam Buddha Mahila (Women’s) College, Gaya, Bihar. Besides being a scholar of Hindi literature, she was devoted to the study of the Tulsi Ramayana and authored three books on this subject; Tulasida, A Bibliography (1998), Maanas ke Patra (1987) and Agneya Asia mein Ramakatha (1982) for which the Hanuman Mandir Nyas, Calcutta, awarded her a special honor. She was a passionate womens’rights advocate, well ahead of her time, a fiery poetess, linguist and writer, who lived a life of simplicity, honesty and conviction.